Troubled Australian retailer SurfStitch has called in administrators in a bid to buy itself some breathing room in the lead up to the Christmas trading period.

In a statement, the directors of SurfStitch Group and SurfStitch Holdings announced they have appointed John Park, Quentin Olde and Joseph Hansell of FTI Consulting to act as administrators, effective immediately.

The Group’s online stores SurfStitch (Australia), SurfDome (UK) and Swell (US) along with surf news website MagicSeaweed and Stab magazine will continue to trade as normal. Customers will receive their products and suppliers and employees will be paid as per usual.

Park said the administrators will work closely with the operating businesses to preserve value for stakeholders. He also said that the legal proceedings against the non-operating SurfStitch companies will be stayed following the appointments, providing the group with breathing room to focus on trading into the critical December peak period. 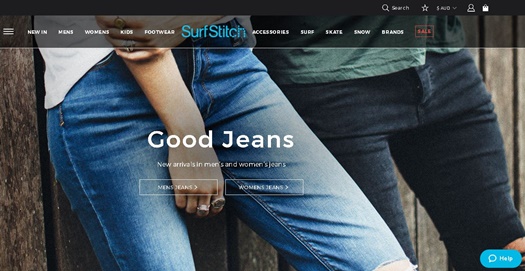 “The administrators will investigate the potential for a recapitalisation of the non-operating SurfStitch companies with the intention of securing a better outcome for stakeholders,” he said.

SurfStitch was founded in 2008 in Sydney’s Northern Beaches and now has operations in Europe, the US and Asia. Its websites serve a unique customer audience of over six million.

The administrators will provide a high level update on the progress of the administration and strategy moving forward at a creditors meeting expected to be held on 5 September, 2017.