The homewares chain started in 1978 and specialises in manchester and premium linen. It operates an online store and bricks-and-mortar stores in Victoria, New South Wales and Queensland and employs approximately 40 people.

Sallway and White are calling for expressions of interest in the business and its assets. This includes the retail outlets and stock, as well as the business’ intellectual property including its brand name.

“We are currently continuing to trade with a view to sell the business,” says Sallway. “Since BDO’s appointment three stores have closed—Hyde Park, SA, Hawksburn, VIC, and Mona Vale, NSW—however there is no intention to close further stores at this time.” 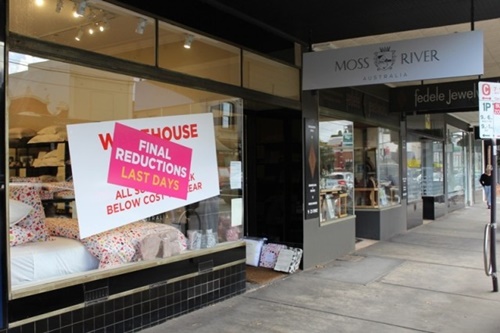 The remaining stores are located in Woollahra, Waterloo, Mosman and Bowral in NSW; Fortitude Valley, Queensland; and Toorak, Canterbury and Carlton in Victoria.

Moss River initially fell into administration in 2016 when it was owned by Original Residential Homewares.