The numbers to come out of China’s 11.11 Singles Day shopping event are truly staggering, with consumers spending more than $33 billion (RMB168.2 billion) in 24 hours.

To put this in perspective, the ARA predicts Australian consumers will spend around $50 billion during the 40-day Christmas trading period from 15 November to 24 December.

The Singles Day figures, which are up 39 per cent from last year, also greatly surpass Cyber Monday, the largest online shopping event in the US. In 2016, Cyber Monday sales topped $5 billion.

Mobile accounted for 90 per cent of gross merchandise volume, up from 82 per cent last year.

Singles Day, held in China on 11 November each year, was originally started by a group of Chinese university students in the 1990s as an anti-Valentine’s Day to celebrate their singledom. Ecommerce giant Alibaba co-opted the day in 2009 and began marketing it as the 11.11 Shopping Festival. Beginning with just 27 participating merchants, it has since become the world’s largest global shopping event. 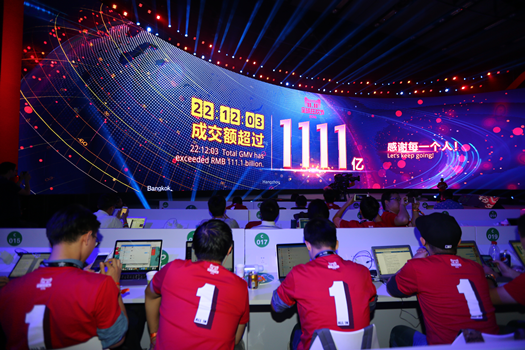 This year more than 140,000 brands and merchants took part, including 60,000 international business.

Australian retailers had a strong presence, accounting for the third-largest number of sales, behind Japan and the US, and ahead of Germany and South Korea.

This is unsurprising given the well documented desire of Chinese consumers for Australian products, particularly in the baby and nutrition/wellness categories.

Chemist Warehouse was one of the most popular Australian retailers to trade on Singles Day, with chief executive Damien Gance telling the Australian Financial Review the company exceeded its 2016 record of $17 million just seven hours after trading started.

Australia’s answer to Singles Day, Click Frenzy, is currently underway. It will be interesting to compare the numbers, but you can be sure they will be a drop in the ocean compared to the the scale of 11.11.